Blueprint One for Growth™

Blueprint One for Growth is a personal and professional growth method to help you either get unstuck and moving forward, or moving forward faster. Get promoted, create better relationships, live a more balanced life, be happier.

Learn it once, use it for a lifetime

With Blueprint One for Growth:  get promoted, create better relationships, live a more balanced life, be happier

You have internal potential just waiting to be activated. Uncover this inner power to live the life you want to lead.

Access your inner power to achieve the changes you seek even when other tools, processes and pure determination didn't. 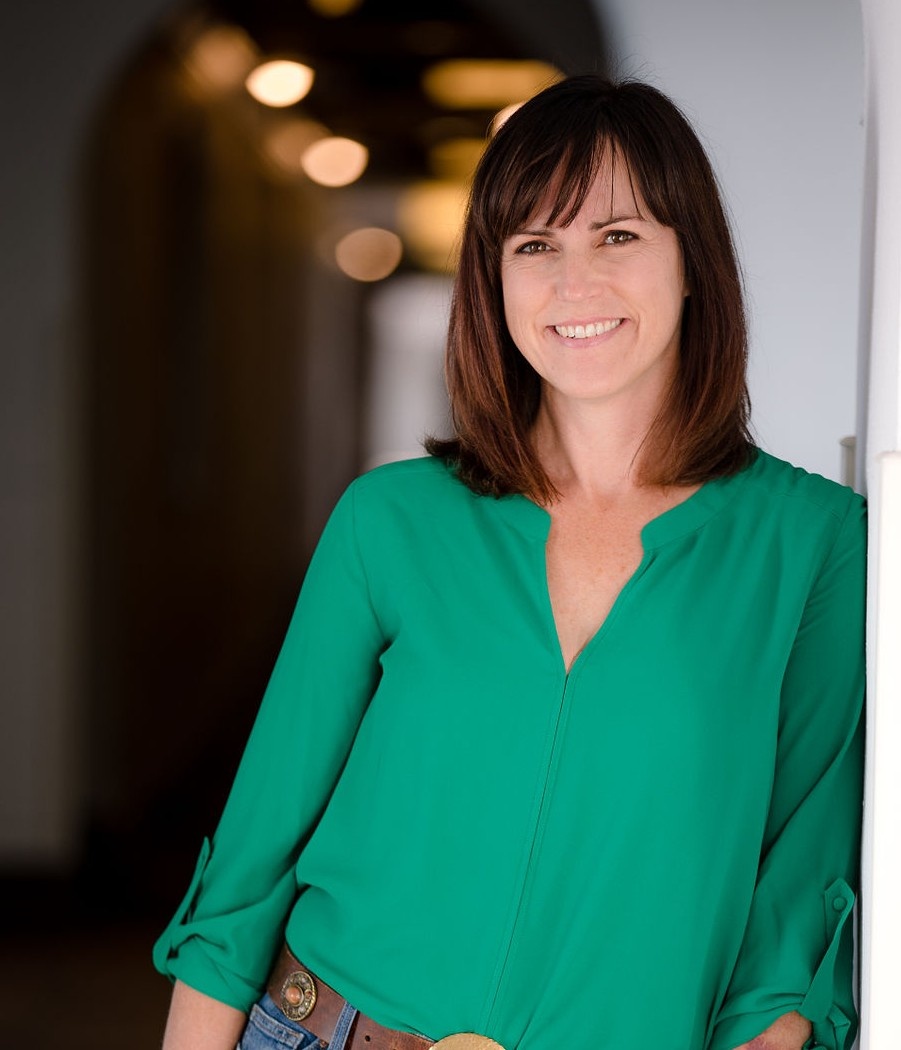 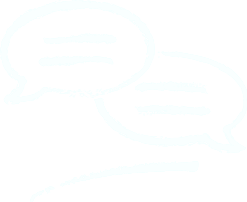 Cindy is the consummate professional. It's clear this is not a one size fits all program, and she helped me get to the information that was important to me in an  insightful way.

Myers Briggs, DiSC, Enneagram and the like are interesting tools, but ultimately are designed to help other people understand you, not for you to understand yourself. Cindy's program, and her help navigating it, have contributed to my ability to move effectively through my home, workplace, the grocery store - anyplace where my inner self is working to be at equilibrium with my outer self. 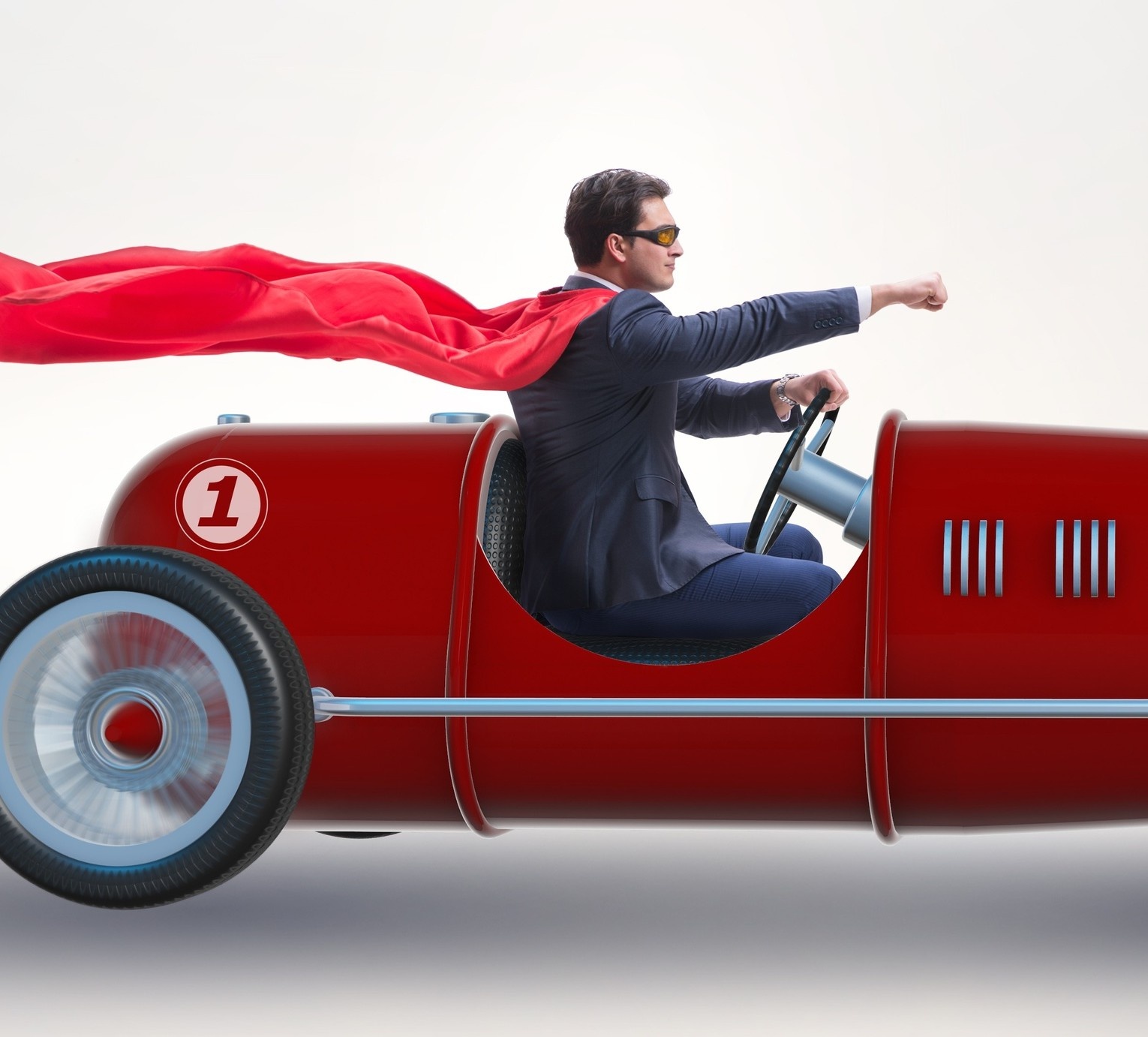 Stop postponing the life you want to lead

Blueprint One for Growth is a proven, repeatable process for any change you want to make

Are you going through life's motions or going for it? Here are a few examples of my clients creating he personal and professional freedom to create the life they crave:

You are invited to find your personal freedom

How do you know who or what you are meant to be? And once you know, how do you get there?

I can show you how to explore your inner self, balance inner chaos and explore life's largest questions--who am I and what am I here to do?

Let me re-introduce you to You. 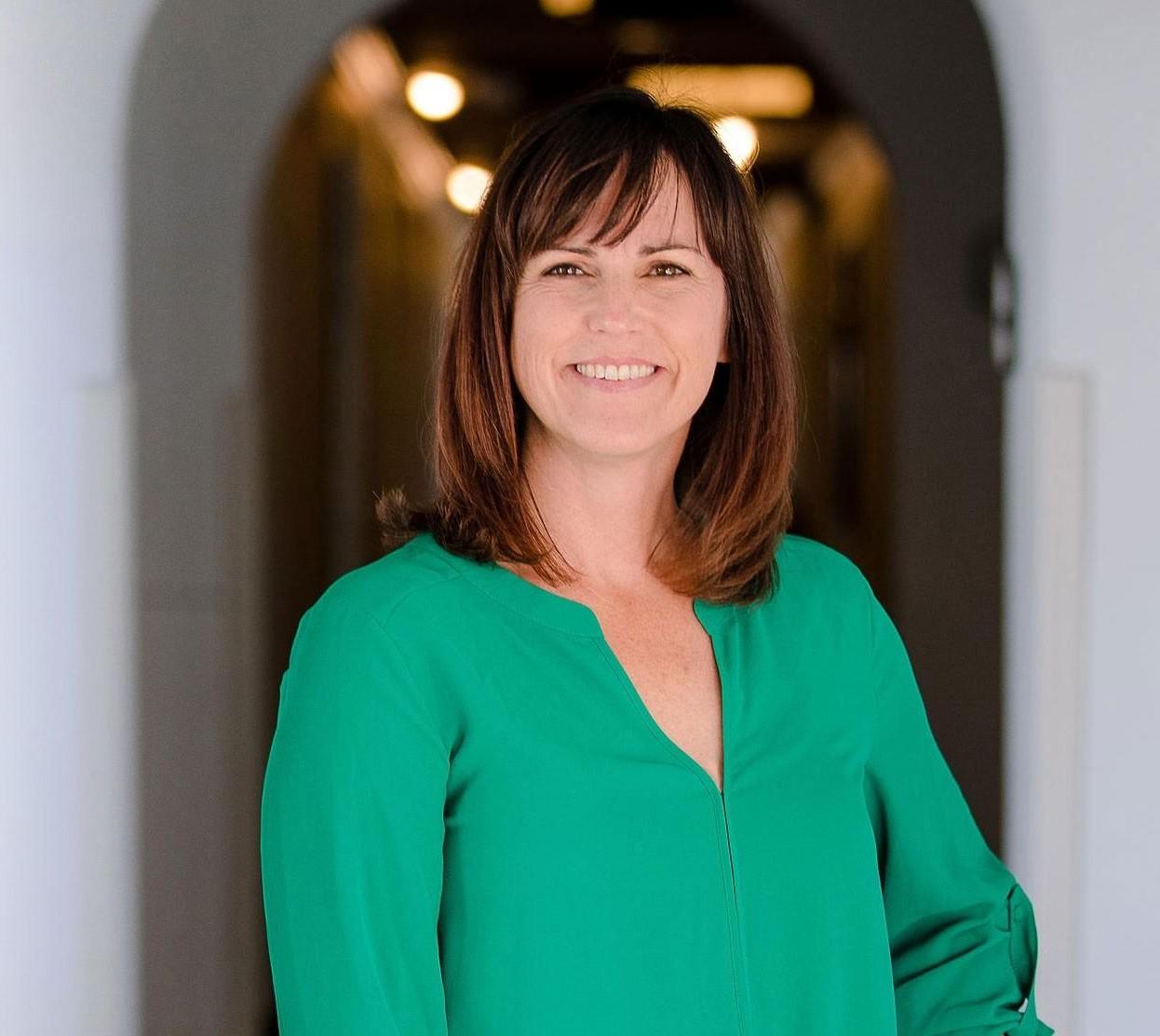 Blueprint One for Growth is a method you can master quickly to tackle one professional or personal growth goal at a time. It's particularly effective in conquering that one thing that has held you place, or slowed you down. Blueprint One is a proven, repeatable process that gets you out of neutral and into action with two key steps other growth methods overlook.

It is equally effective in accelerating your use of your strengths to create the work and life you want to lead.

In 45 minutes of on-demand instruction and 12 weeks of live, interactive support to create your first blueprint for your first change, Blueprint One for Growth can shift you toward leading the career and living the life you create, not just have.

First, learn the how the tool at your convenience with my fast-moving, on-demand, interactive learning space.

This isn't a me talk, you listen kind of experience. You will have actions each step of the way creating a blueprint that is custom-designed to fit you and your needs. Every Blueprint one for Growth is unique.

At the end of Step 1, you will have outlined for yourself: 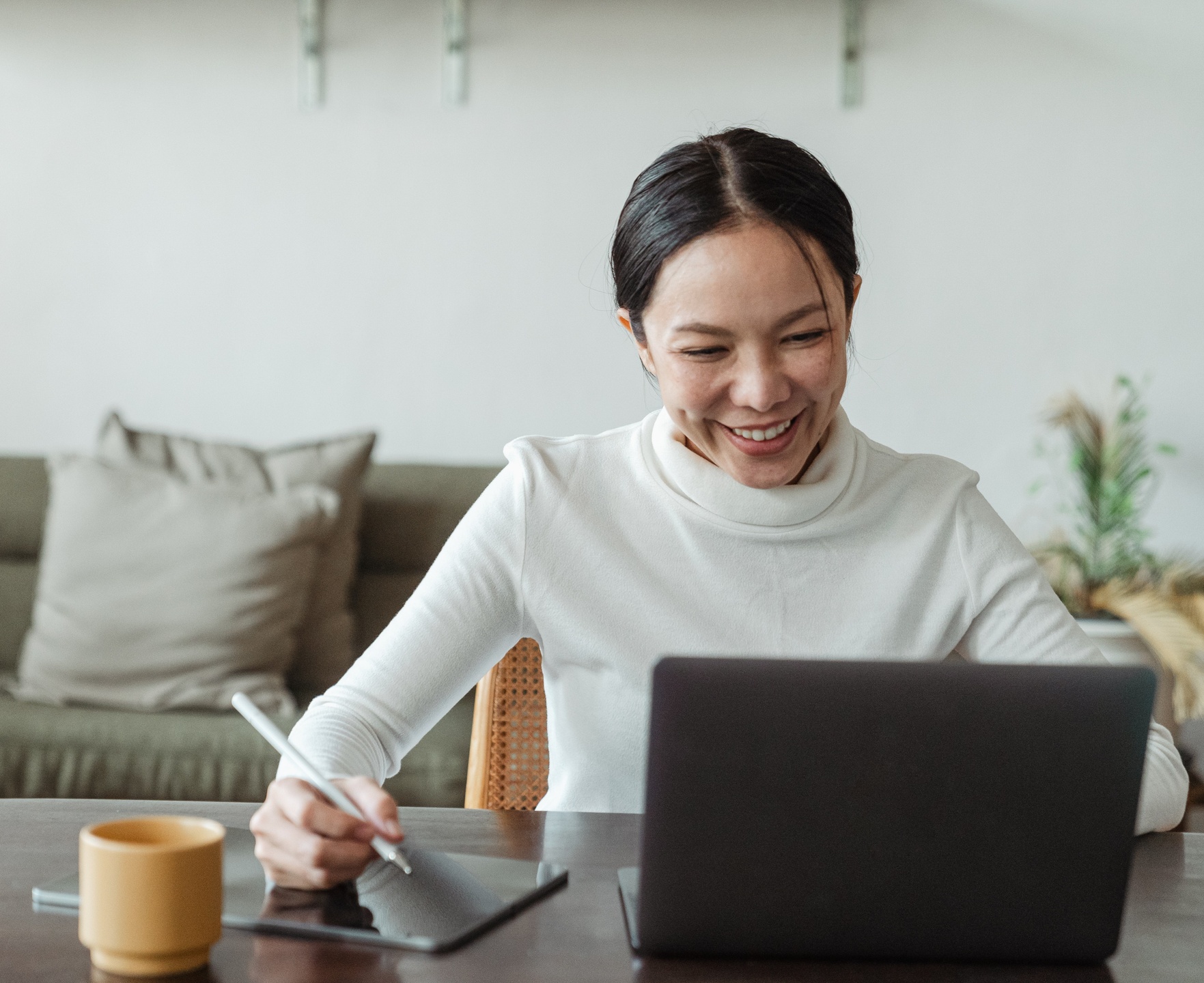 Blueprint One for Growth examples from my clients 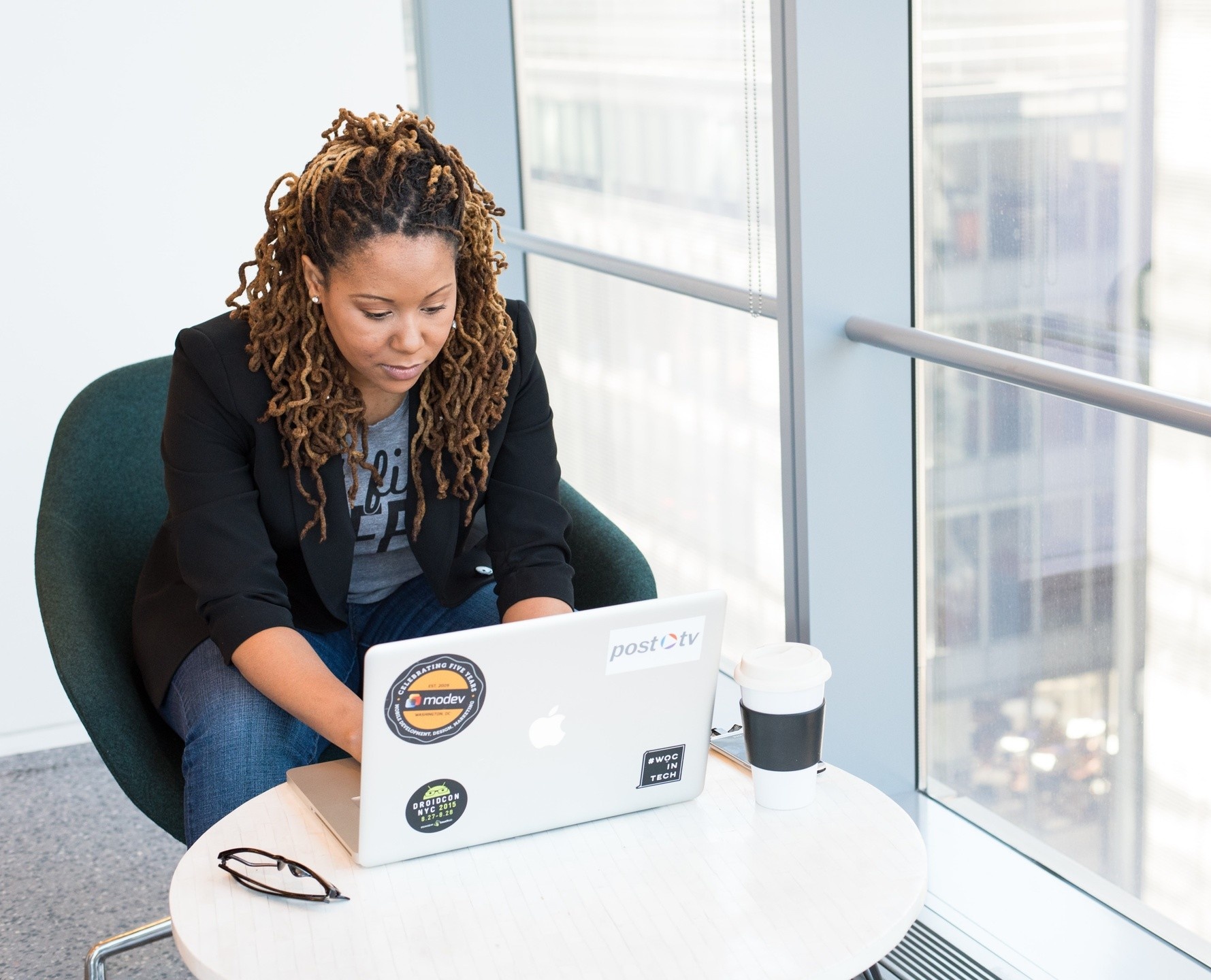 Weekly, live and online support is provided for 12 weeks while you learn to use your blueprint to realize the life you want to create.

Before jumping into action or making big promises to ourselves that (let's be honest) you are unlikely to keep for long, we need to test our big assumptions that underpin our hidden commitments.

This means testing your assumptions and gathering a bit of data and feedback before taking action for change.

In this way, you understand what is, or isn't, impacting your actions toward your change goal.

Once you understand and know how to use this tool effectively, at a pace that you can absorb long-lasting change to your habits, thinking and behavior, you can use the tool again and again for any change you seek to make.

The goal of this program is to enable you to create change within yourself anytime it serves you, without requiring outside help or coaching each time.

You can even teach your team or organization this tool, or we can set-up a custom program for your team to create and meet team change goals and transform your team collectively. 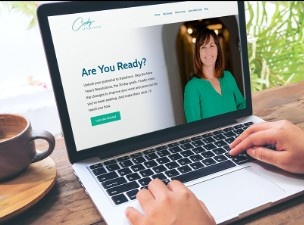 The first person you lead is you.

Blueprint One for Growth Program

Lead yourself first. Then lead others.

Successful people are doing the work to get this right. 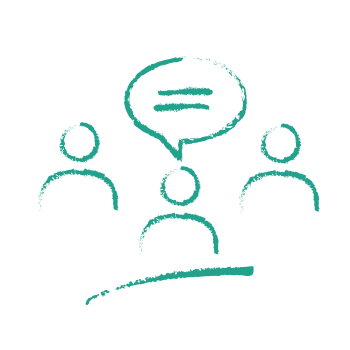 Situation:
Diane was stressed to the point of burnout. At work, she managed a team of 36 and at home a household consisting of her spouse, 3 kids and her early onset dementia 79-year-old father.

Diane is a lifelong high achiever and her position had offered an exciting challenge when she took the job 2 years prior. But now she was underwater and so was her team.

That's because Diane micromanaged not just her own team, but often (unofficially) her peers on behalf of the department head.

Goal: Stop micromanaging everyone's deadlines up, down and across her department. This habit had created an environment where her team both relied on and resented her management approach.

In Diane's Way: Diane's belief that if she didn't make the agendas and drive decisions, no one else would. 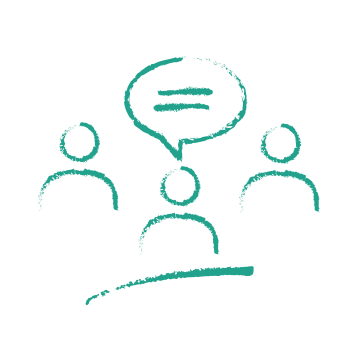 Situation: In nearly all of his 360 degree reviews, Chad was seen as an absolute expert in his field, but impersonal and lacking empathy as a manager.

Chad is self-described as highly self-critical, and of the mantra from childhood that if "you don't have anything nice to say, don't say anything at all."

In order to be promoted, his boss told him that he needed to learn to relate to his team in order to lead, not just manage, them.

Goal: Be able to offer positive and constructive feedback without it getting in the way of the team's performance.

In Chad's Way: Chad was stuck in his belief loop that - positive or constructive - feedback was going to negatively impact his team's performance. Too positive and the team would rest on their laurels. Too negative and they would be mad and stop performing at all. 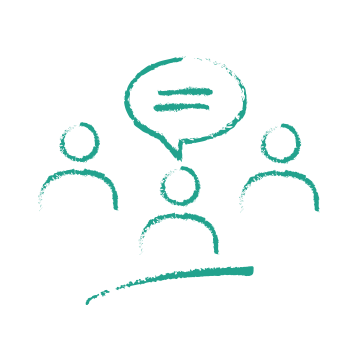 Situation: Shayla is the only female leader on a gaming product development team and was hesitant to offer new ideas due to the primarily male team and company culture. When Shayla had ideas, she would stay silent. Too scared that she would be ridiculed or ignored. Often, someone else on the team would bring up the same or similar idea Shayla had and it would be well received. Shayla beat herself up every time for not just speaking up and knew that she was not seen as the creative, innovative thinker that she is.

In Shayla's Way: Shayla worried that if her idea wasn't well received, she would be thought less of by her teammates.

Additional tips and tools every step of the way

Receive articles, podcasts, self-exploration exercises and other free resources to help you lead your life fully.

*I respect your privacy. Your information will never be sold.